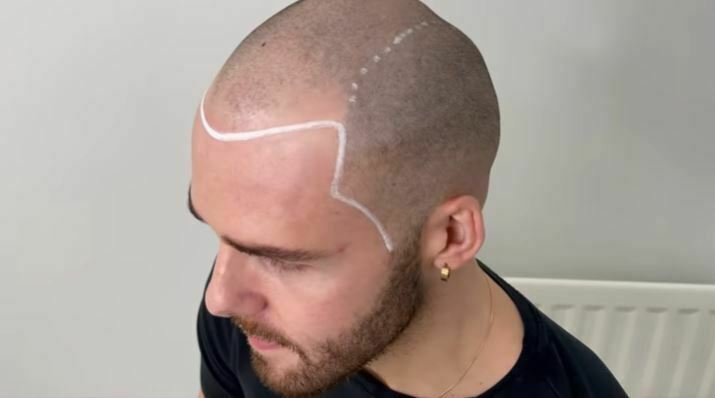 Have you experienced or struggled with hair loss and are in search of a solution? Then you may be interested, or perhaps you’ve already heard about scalp micropigmentation hairlines. Now you can forget about surgeries to make your hairline closer to your eyebrows. If this is you, continue reading as we’ll share what you need to know about hairline correction.

Several options are available if you wish to correct your hairline due to loss of hair, from hair transplants to advanced hair systems. However, scalp micropigmentation (SMP) can obtain great results. The goal of SMP is to create layered dots in different hues of black to replicate the look of a shadow on your scalp.

This procedure which creates the illusion of fuller hair, can give you a boost in your self-esteem, as you go from having virtually no hair to replicating the look of a shadow on your scalp and adding definition to your hairline. Opting for SMP hairlines may sound intimidating at first; however, this technique has shown excellent results. Continue reading and learn everything you need to know about hairline correction and customized SMP hairlines to choose from.

What does hairline correction mean?

It is also known as hairline lowering, scalp advancement, or forehead reduction; it is a surgical technique that allows an individual to have their frontal hairline advanced certain distances depending on variables such as pre-operative hairline height, scalp laxity, and patient preference.
A stable frontal hairline is an absolute must because, with progressive hair loss, the hairline incision scar could become exposed.

What is an SMP hairline?

Scalp Micropigmentation is an innovative solution that replicates the appearance of thicker, fuller hair. This affordable solution can also be used to enhance an existing hair restoration or provide an alternative to individuals who want a non-surgical treatment suitable for all types of hair loss.

What are the main benefits of SMP?

SMP can provide definitions for the entire front, side, and rear and restore a front hairline for full or partially bald heads.

The result is the look of a close shave or buzz cut style for those with a shaved head or no hair at all.
SMP is also an effective camouflage to conceal scars, whether from a prior surgical procedure or accident, as well as burns or birthmarks.

SMP is similar to tattooing, and the pigments themselves present no side effects to hair follicles. You can expect hair regrowth to be as normal as possible when you undergo scalp micropigmentation.

Who is a good candidate for SMP?

Whether you have long hair, short hair, thinning hair, or a visible scalp, Scalp Micropigmentation can provide the appearance of a thicker, fuller head of hair.

How can SMP help with hairline correction?

Scalp micropigmentation (SMP) has become an increasingly popular hair loss solution for people of all ages and genders. Not only can it conceal thinning hair, but it can also rejuvenate a receding hairline and give you a sharp, clean-looking appearance.

What factors should you keep in mind with SMP for hairline correction treatment?

There are plenty of factors that affect the outcome of an SMP treatment, such as the shape and position of your frontal hairline.

So many people get this wrong when undergoing scalp micropigmentation because instead of following their natural hairline, they opt for an ultra-low hairline that looks unrealistic and out of place. When you extend your hairline a couple of centimeters above your natural hairline, it fails to blend in with the rest of your hair.

While most experienced SMP technicians can work around this issue, the ideal recommendation is to start with the position of your original hairline before it begins receding. It helps to look at your older photos to determine the correct positioning of your newfound hairline.

Another factor worth considering is the shape of your hairline. This will have a huge impact on the overall appearance of your hair, so make sure the shape compliments your face and your surrounding. The great thing about scalp micropigmentation is that you can tweak your hairline to look exactly the way you want, but be careful not to go too overboard, or else it may start to look a bit unnatural.

Scalp micropigmentation hairlines come in many different styles, and choosing the right one, will help you get a step closer to getting a fresh new hairstyle that you can rock with full confidence.

Why is it important to choose the right hairline?

When a hairline is wrong, it can appear crooked and goes too low on the forehead. Or visually, there will be extreme angles and unnatural lines.
The best way to achieve the exact look you’re looking for is to communicate with your technician about your hairline’s positioning, style, and shape so they can map it out prior to your treatment. Creating a realistic-looking hairline takes a lot of work, and considering it’s a semi-permanent solution, you want to entrust your treatment to professionals.

A jagged hairline is where the pigments are scattered below the actual hairline to mimic the appearance of real hair. This hairline style is popular because very few people have a defined hairline unless a barber shapes it in that fashion. 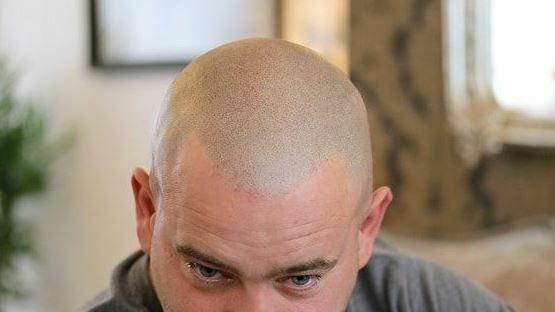 As the name suggests, a light hairline is a more subtle or ‘faded’ looking hairline that uses light-colored pigments. This removes any lines or boundaries to achieve a level of realism that resembles a closely shaven head.

Who should choose a light hairline? Light hairlines generally look better on people with lighter skin tones since they appear more noticeable than those with darker skin. Still, a skilled technician can pull off a light hairline for fair-skinned people by diluting the pigment that best matches their skin color.

Also known as a ‘hard-line,’ this style of hairline creates sharp lines that are very popular with the youth. It involves no deviations from the standard hairline position, and the hairline is done in a smooth, clean fashion rather than breaking them up into smaller pieces. While edged-up hairlines create that ultra-clean look, it’s not for everyone. They veer more into aesthetics than realism which can prove difficult for some people to pull off.

Who should choose an edged-up hairline? This type of hairline may suit clients with darker skin since the hard lines appear more natural than those with lighter skin tones.

If you want to restore your original hairline, this technique follows the same hairline you had before the hair loss. It’s not faded, but a bled of soft and defined hairlines. The medium hairline appears denser with some lighter shades.

Who should choose defined hairlines? It is ideal for dark-skin complexions and might not be the best solution for fair skin. 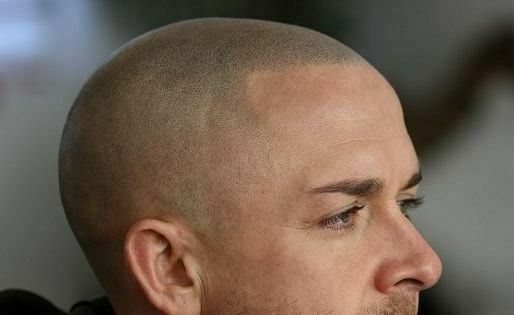 This hairstyle is somewhere between Jagged and Defined; it has a stronger shape but looks softer when it comes to edges.

Using various pigment densities and placement will ensure a natural look and a realistic hairline. 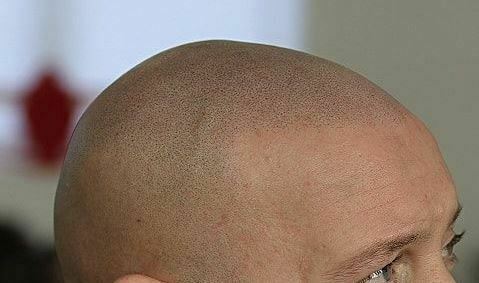 3D scalp micropigmentation is essentially a multi-dimensional illusion. The placement of pigment within the skin produces a real image of a full head of shaven hair. This technique works by using different shades of pigment during the process to create that subtle 3D effect that will give you an incredibly natural look.