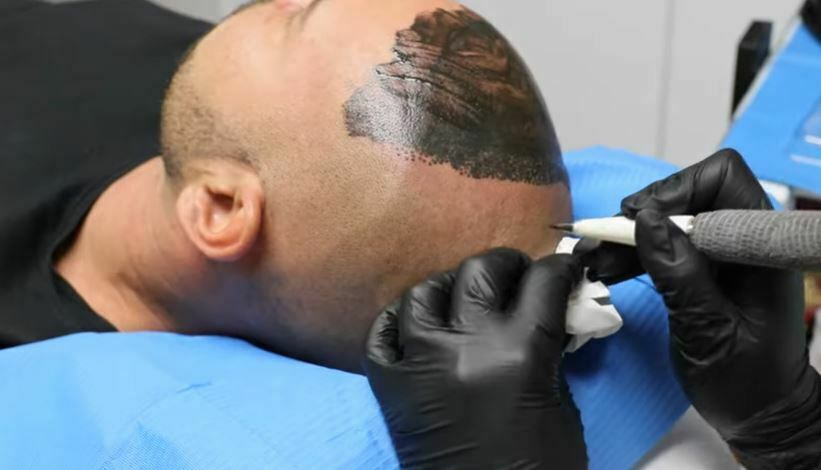 For millions of people suffering from hair loss, there are several options available for those in search of a solution. From hair transplants to advanced hair systems, the technology and care behind dealing with baldness are constantly progressing and improving. One of those solutions is tricopigmentation treatment and today we’ll be telling you all about tricopigmentation benefits.

There are several procedures to tackle hair loss and these could be either temporary or permanent methods. Tricopigmentation is a relatively new treatment similar to scalp pigmentation, however with a few important differences. This technique involves the placement of tiny pigment deposits within the upper dermis of your scalp.

As intimidating as it may sound, tricopigmentation has been gaining major popularity as it offers fantastic results. Knowing which hair loss treatment will work for you with several options in the market sounds like a challenging task. To help you in the right direction, continue reading and go through all the major tricopigmentation benefits.

Like scalp micropigmentation, tricopigmentation is also a treatment that simulate the look of real hair follicles by injecting microscopic specialized pigmented ink into the superficial layer of the dermis, in balding or bald areas of the scalp.

When is tricopigmentation recommended?

It is important to note, that the Tricopigmentation effect does not last forever, but is temporary compared to the tattoo technique, lasting for 1,5-2 years, as we all change over time, permanent effects can become not natural as time goes by, making this technique absolutely safe and natural.

How much does tricopigmentation cost?

How long does tricopigmentation last?

SMP lasts a maximum of 8-12 months. Advanced tricopigmentation is an innovative pigmentation treatment that produces the most natural-looking results possible. 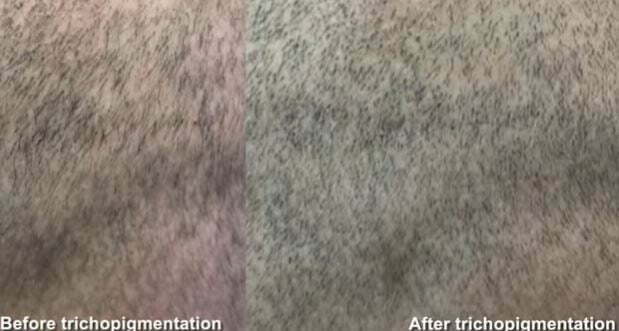 Find Your Next Alternative HairLoss Solution:

Author
Hairloss Tab
I've a problem with thinning hair and had tried everything under the sun, It started when I was 18 years old. Then I found Scalp Micropigmentation, which is a new and exciting solution; it was my last chance to be happy with myself. And it paid off.

Author
Hairloss Tab
I've a problem with thinning hair and had tried everything under the sun, It started when I was 18 years old. Then I found Scalp Micropigmentation, which is a new and exciting solution; it was my last chance to be happy with myself. And it paid off.

Advice and safe practice for MicroPigmentation

What we talk about

Disclosure: I only recommend products I would use myself, and all opinions expressed here are our own. As an Amazon Associate, I earn from qualifying purchases made through the links as a way to support this site. If you buy a qualifying product, you’re not charged anything extra, but I’ll get a small commission to help pay for my expenses. Earnings Disclaimer